One of my latest additions to my collection is Tetris for the Sharp Electronic Organizer, or in the west, called the Sharp Wizard. While these had some differences between the products released in each market, they both essentially did the same thing. They could store phone numbers, addresses, calendar events, notes, and act as a four function calculator. Most notably though, their functionality could be augmented using IC expansion cards. While there was a slew of software available, we all know why we are here... Tetris.

The way these cards worked, is you inserted them from the bottom, which allowed the card to sit under a window, which had touch input capabilities. The available inputs were printed on the card itself, and showed through the window, identifying which section of the touch window did what.

For a device that was released in 1987 (my model is from 1991), this was pretty ingenious. As you'd expect though, touch capabilities back then were not great, and playing Tetris on this device is not pleasant.

Released in 1989 by BPS, you'd expect it to play similarly to their other titles from the era, but this one does not. The main goal of the game is to score points in a 200 line limit. Points heavily favor tetrises, but because of the bad controls and unbiased randomizer, attempting them can be very risky.

It's uniqueness though, comes from a mechanic I have not seen before. After clearing 20 lines, the level will raise, but the speed does not increase. Instead the playfield's height is decreased by one row. This honestly is some weird gimmick I'd love to see in TGM or similar. The way this game does it however is odd. Instead of removing the top row, or pushing the stack up, it just deletes the bottom row and any stack you had in that row.

Playing this game was brutal. I tried to record it as I went, mostly for research purposes. The position I was in, combined with the poor display, had my body starting to cramp, and I had to give that up for most of the run. The 50 or so minutes felt like a marathon, squinting at the display inches away from my face, trying to move pieces left and right by furiously tapping on the seldom working touch pads. Oh, did I forget to mention, there's no auto repeat in this. I eventually did clear 200 lines. I was excited to do so, as the manual hinted at a special end game screen. After clearing you are congratulated with a message and some fireworks, after which the credits will roll.

A year after this game was released, a western version with different graphics was released. The cathedral was removed to give more space to the tetrominoes allowing them to be squares instead of rectangles. It's a version I'll be looking for in the future.

I'll be updating the wiki with some more content soon, but for now you can still check out the game in more detail over there: https://tetris.wiki/Tetris_(Sharp_Wizard) 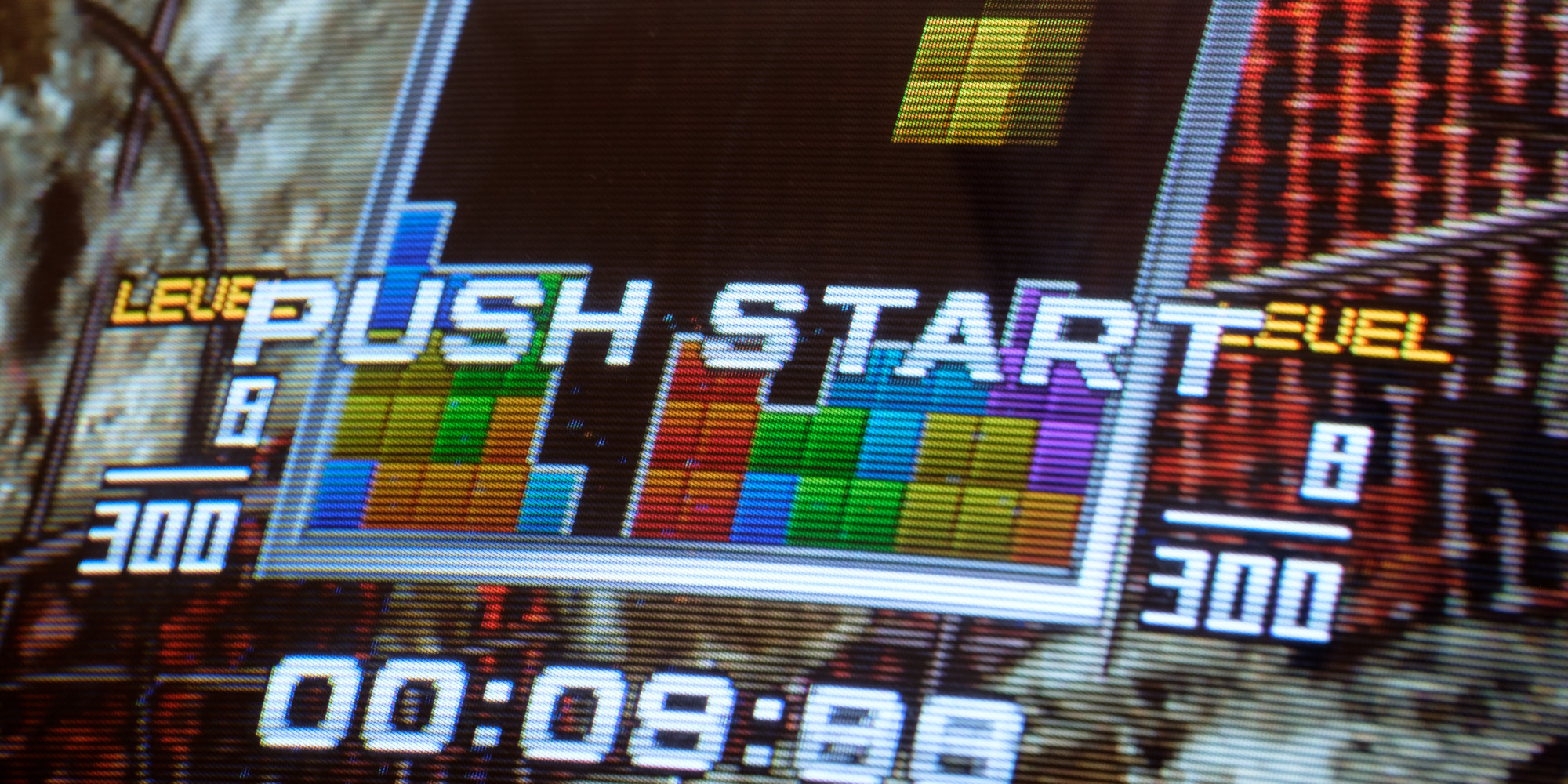